Nepal, a small landlocked country is a home to hundreds of Mountain Peaks, rivers, lakes, temples and many more. It is the way Nepal is called as the Land of Himalayas. Apart from this, Nepal is a multicultural, multi-lingual, multi-religion country. Thus, Visiting Nepal would be the best’s choice if you love to travel and explore new places. Nepal consists of many popular mountain peaks that are even listed in UNESCO world heritage sites. People from all around the world come to visit Nepal to see its true natural beauty. It consists of great Himalayan trails. Not only is this, the trail routes expanding from east to the west the most venture trekking route that every travel enthusiast would love to travel here are the details of Annapurna Base Camp vs Everest Base Camp Trek.

While listing out the name of the popular trekking destination, there comes many. Despite the difficulty to list out the best destination among hundreds of destination, Everest region, and Annapurna region falls into first and second positions. Your Nepal visit may not be counted as completed if you do not visit one of the above-mentioned regions. Every year, especially around spring and autumn season, the trails along this region are all filled with trekkers.  If you are a real trekker and travel geek, I am sure that your trekking destination can be full filled by visiting Nepal, Annapurna Base Camp  vs  Everest Base Camp trek.

These two destinations are always on the top of the bucket list of enthusiastic travelers. But determining which of the two treks is the better one is a challenging task. Commonly, People are still confused as to which of these treks is better. Both of this trekking destination is unique in its way and depicts a special feature that surely melts your heart. The beautiful, marvelous and dazzling mountain is the pride of the country. To shortlist, the praiseworthy highlight of the Annapurna Base Camp trek is its hospitality environment offered by local people, clean and comfortable lodges/hotels, and pristine environment. 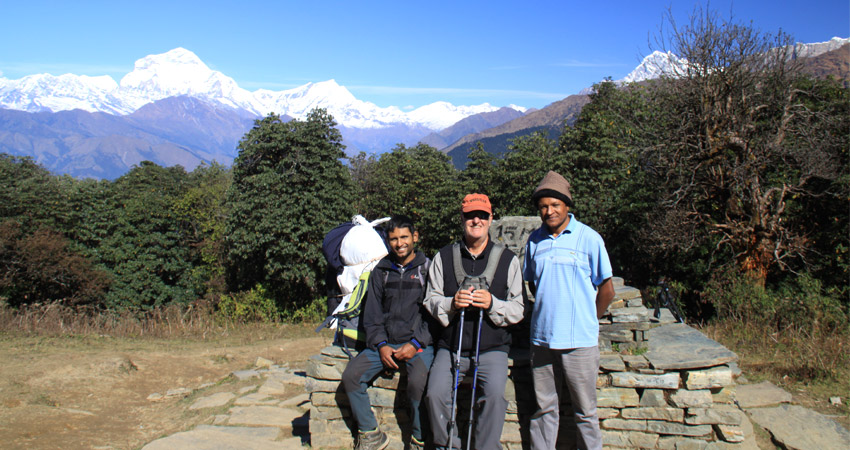 Many travelers, hikers, and trekkers make a trip to Nepal to visit Everest Base Camp. Everest Base Camp Trek and Annapurna Base Camp trekking both are undoubtedly the bests travel destination due to its overwhelming scenic beauty. You will have a dynamic flavor of nature visiting both of these places.

The tough question, if you had to choose one of the trekking destination, Annapurna base camp vs Everest Base Camp trek, which one would you go for? The answer to this question is super complicated. This article will make a clear distinction between the two regions. Doing so would clear you for your choice based on your comfort and time duration.

Comparing the Everest Base Camp Vs Annapurna Base Camp includes lots of natural, environmental factors, other considerations. Many travel experts who possess lots of experience compare these trek based on the best time to trek, trip highlights, level of difficulty of the trek, trekking trail, weather and environmental condition of these regions, the total duration of the trek and other considerations. Choosing the best trek destination includes all those above-mentioned factors that make your wise decision.

Let us point out the special features of Annapurna Base Camp vs Everest Base Camp Trek which is the best or better?’

“Which trek to choose for your upcoming trekking on Visit Nepal 2020?”

This article will try to solve the most common queries among trekking enthusiasts and travelers.

I know that it is hard to go ahead and start comparing the Annapurna Base Camp trek with Everest Base Camp trek. Since they are both dynamic in their ways. And both of them have similarities but at the same time some contrasting features.

Firstly, both of these treks are extraordinarily amazing. So if you have lots of holidays then going on both treks would be of real pleasure.  But if you are planning of choosing only one trek then this article would help for deciding for your best trek.

Here are some of the insights on both of these topics for an easy and wise decision.

Here is a guide to the Annapurna base camp vs Everest Base Camp trek. 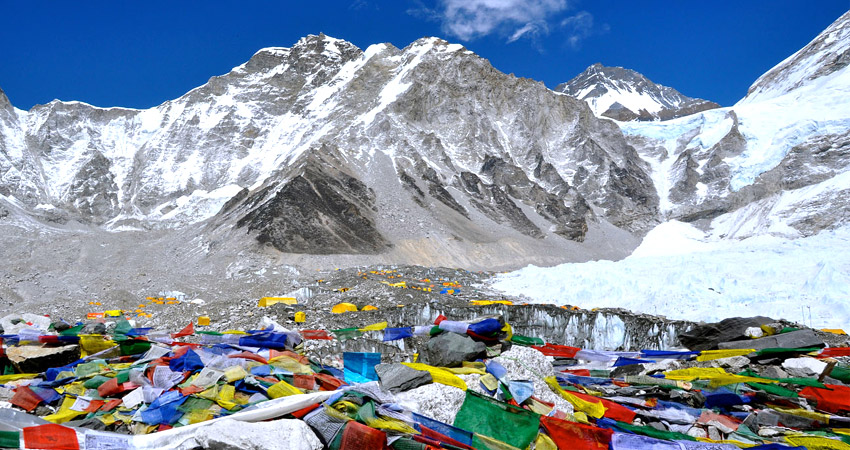 Trip Highlights of the Everest Base Camp

Trip Highlights of the Annapurna Base Camp

Weather and Best Time to Visit EBC and ABC

Spring and Autumn are marked as the perfect seasons for trekking in the Himalayan region due to favorable temperatures. Likewise, the winter season is called the coldest season. In Nepal, Summer season accords with the Monsoon season. Thus, there is the chance of high rainfall making the trekking trails wetter. Sometimes, heavy rainfall may block the trail and halt the trekking for some days. Carrying a raincoat, the long boot is advisable in this season so that you be safe in the slippery road. Because places with higher altitudes receive less rainfall, EBC will comparatively receive less rainfall than that of ABC during monsoon.

Thus, EBC can be the perfect trekking destination in the summer season to avoid rainfall problems. Everest Base Camp will be coldest possessing lower temperatures than that of Annapurna Base Camp in winter. In winter the average temperature can get as low as -20 degrees Celsius in EBC while, it can go down to -8 degree in ABC. Thus, winter trekking can best fit in Annapurna Base Camp.
Besides these, Spring and Autumn are the favorable seasons to trek in both Annapurna and Everest region. However, the journey can be extra-ordinary if you have the right gear in other seasons too. 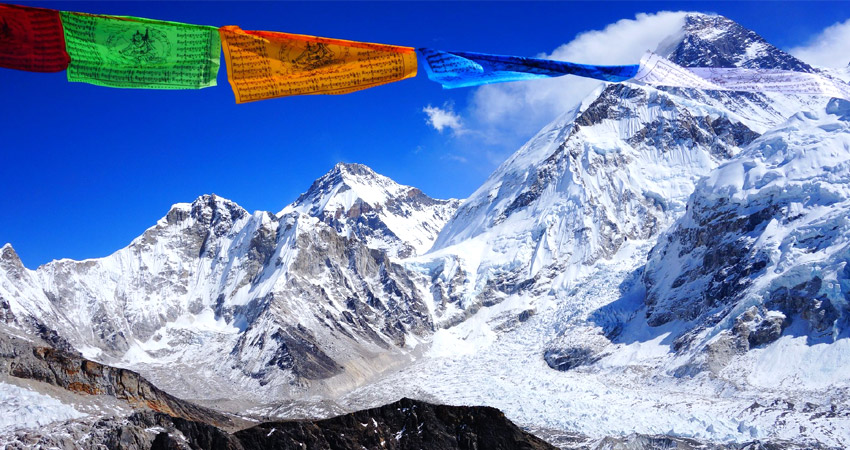 On the other hand, the trek to Everest Base Camp starts from Lukla (2,850m/9,350 ft). You can have a short 40 mins flight from Kathmandu to Lukla. Or you can also enjoy the walk from Jiri to Lukla with extraordinary landscapes. Doing so will save your expenses of the flight and let you enjoy nature. Then your trek continues from Lukla to Namche Bazaar. The major task to do there is exploring to Namche Bazar (known as the gateway to Mt. Everest) as well as the trading center of the Khumbu region. Everest helicopter tours can be another best option for those you have a short period.

Annapurna  base camp vs  Everest Base Camp Trek (Price/Cost)

While talking about the cost of the ABC trekking and EBC trekking, EBC trekking can be comparatively more expensive than ABC. The high elevation may be the prompt region for this. Thus, Annapurna trekking is a bit affordable and cheaper than EBC. Also, the transportation cost of ABC is low due to its easy accessibility. Other than that the price of the Helicopter tour can be similar in both regions. And most importantly, it depends upon the season on which you are traveling.

However, you will get to witness the breathtaking scenario and stunning mountain vistas in both of these adventure treks for sure. And the common things both of these trekking destinations possess are the developing time. Both of them are developed since the 1960s. They both have become one of the most intriguing trekking destinations through which you can learn a lot more. Both of these have become able to attract many tourists from all over the world. Another appealing thing about this trekking destination is its warm and hospitality environment to tourists. Apart from this, both EBC trek and ABC trek are moderate trek journey. These trekking can be accomplished by those who have an average level of fitness and enough energy and zeal to travel. 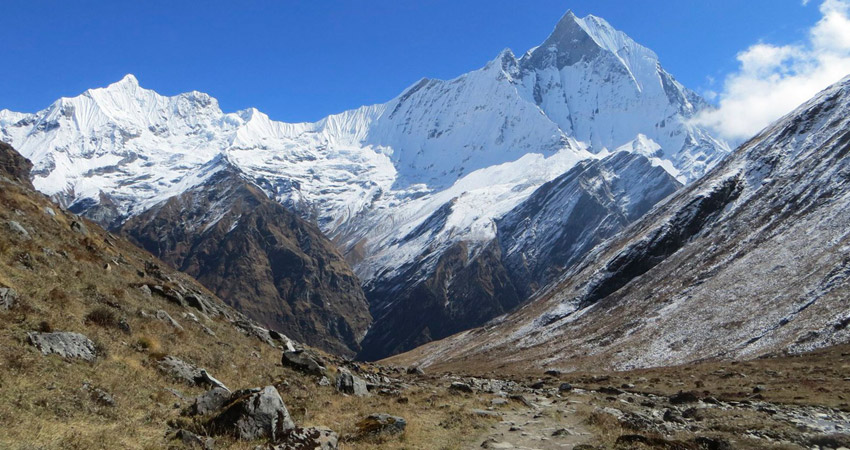 We must thank the Supreme beauty of the Annapurna and Everest region. Many adventure places had made Nepal a top destination for recreational and outdoor activities. Both of these regions are easily accessible through transportation and doable. You can fulfill your travel zeal, by traveling in the most venture places of Nepal. Thus, get out of your comfort zone and explore the whole world. Nepal is heartily welcoming all the visitors across the world to the peace of Land.
You can contact Above the Himalayan team, for any kind of trip arrangement.

One thought on “Annapurna Base Camp vs Everest Base Camp Trek” 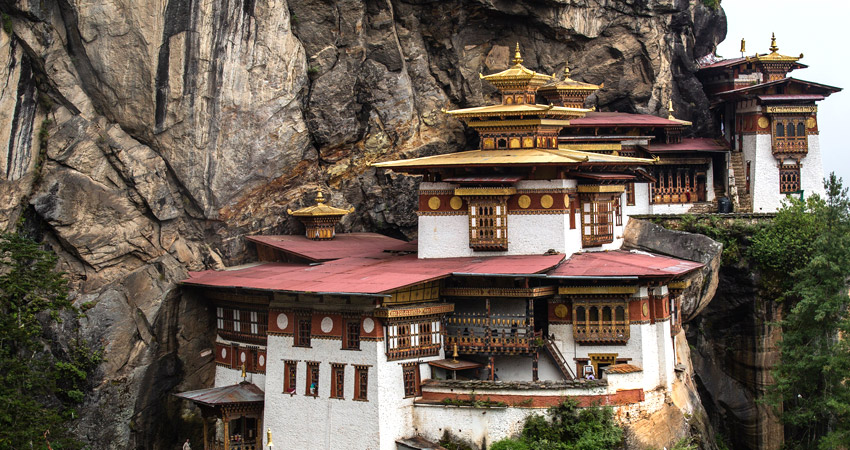 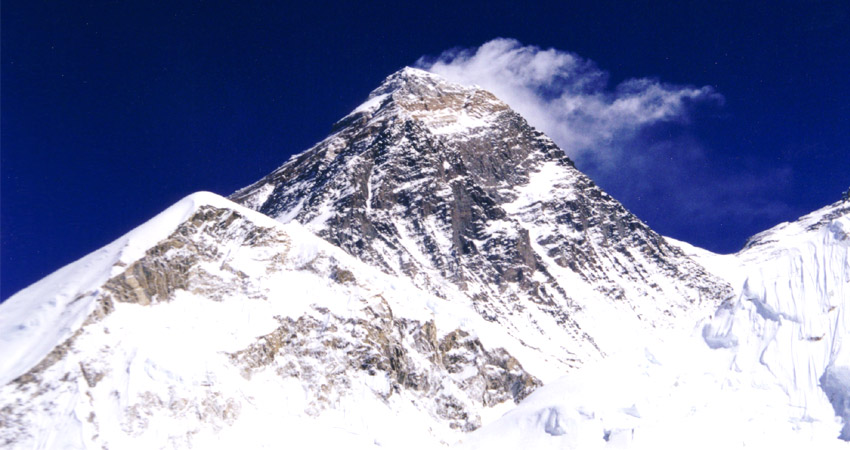 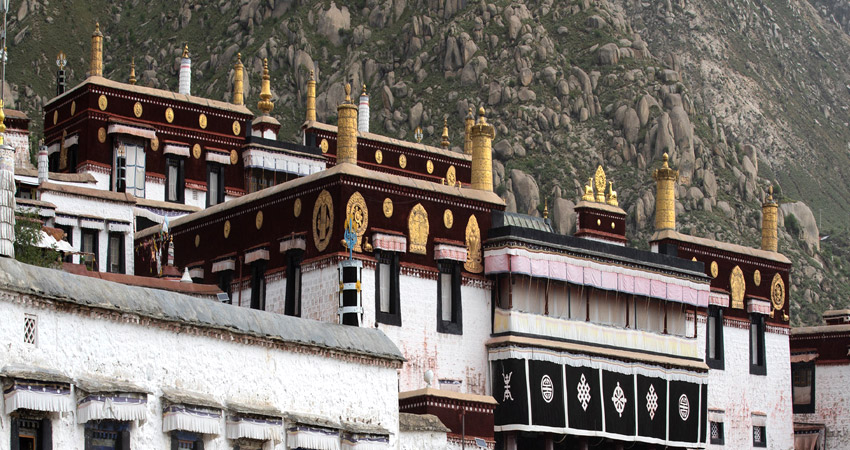 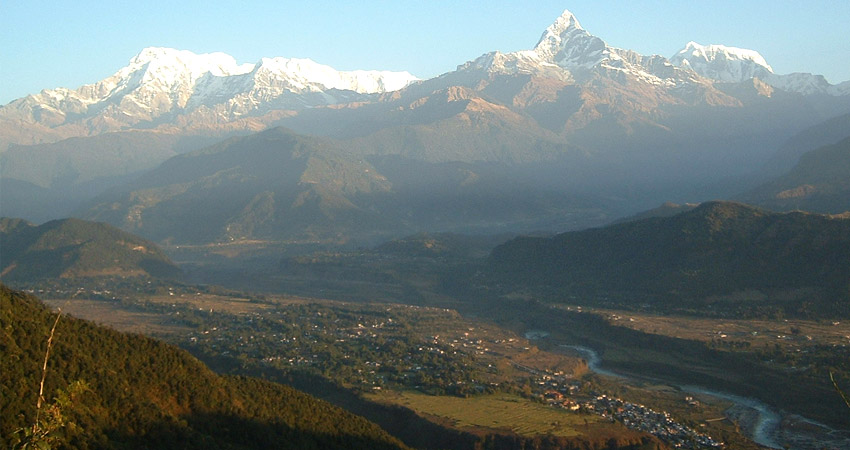 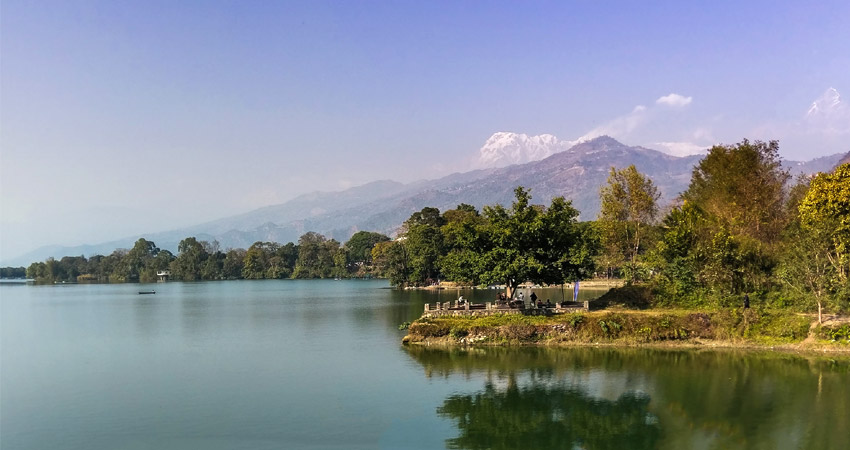